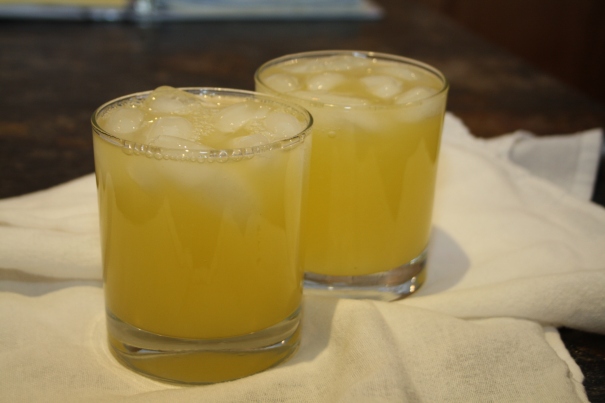 I spent the first part of my childhood growing up in BC. I pretty much had the greatest childhood that was exactly aligned with what I needed as a kid. I remember dancing in the living room to Gordon Lightfoot, and running around the backyard picking all of the petals off of my Mum’s garden. I remember my Dad making burritos, and my Mum laying on the floor next to the fire, and playing hide and seek in the cul de sac we lived in. Not much of those things has changed now that I’m an “adult”, actually. And I grew up next to the best neighbours. 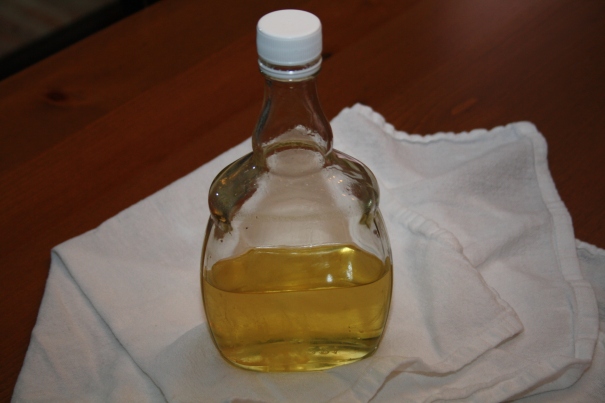 Paul, Diana, Emily and Kate lived next door. Emily was four years older and Kate only one. They were my sisters and were the absolute coolest. I wanted to say what they said (and how they said it), look the same way, listen to the same music. So – influential is an understatement. It was like having another set of parents and my second family next door.

We moved to Calgary when I was ten, and at the time it felt nothing short of traumatic. Our family has always stayed close with our dear neighbours, and have gone back to BC to visit many times. Marcus graduated a year before I did and we did the long distance thing between Waterloo and Calgary for a year. The spring before I graduated myself, we met in Vancouver for a little west coast vacay, as Marcus had never been to BC and had never met my second family. And we stayed with Paul and Diana of course. 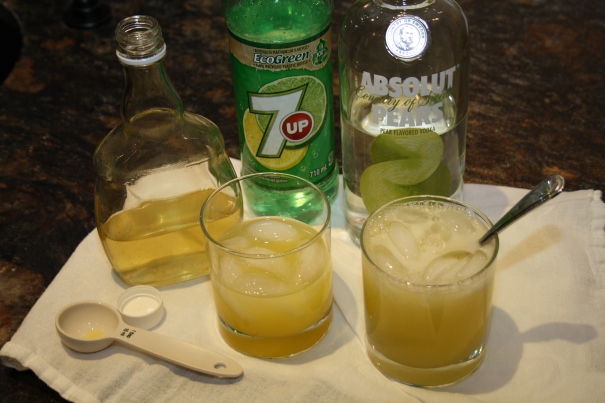 One evening Diana made us these cocktails. And they are good, let me tell you. Diana did it the proper way, with a beautiful rimmed glass. I tend not to bother, but if you’re feeling fancy then go for it. I recall she either came up with recipe after tasting it at a restaurant, or she got the recipe directly from them. Either way, this is now Diana’s Italian Pear (I added the fizzy part).

These babies would be perfect for the holidays. Or on a patio in the summer. Really, I can argue this many ways. We had a big group of our best friends up to Canmore this summer, and I made a big pitcher of the “mix” (everything but the ice and 7-Up) so that folks could help themselves and top off their glasses with as much 7-Up as they wanted. Marcus goes bananas for these. 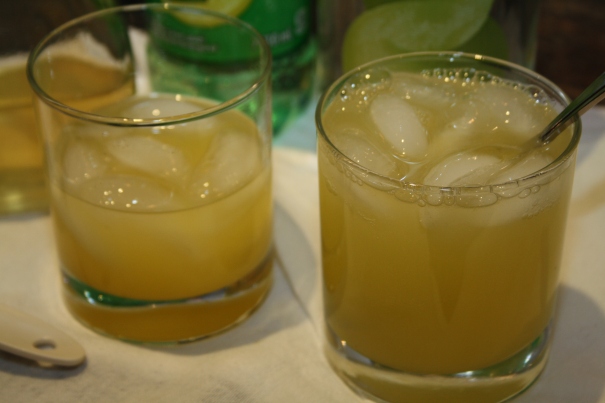 I’ve thought about whether you could use a different vodka flavour in place of the pear, say peach or raspberry, and I’ve decided no, you cannot. I don’t think it would live up to its superior pear cousin. The pear with the limoncello and the orange juice is far too delicious. It is tart. It is sweet. It is fizzy. It is all good.

The limoncello in the photos is courtesy of my Mum, who makes it herself and then dishes it out. It’s essentially Meyer lemons, vodka and sugar. And it is also all good (or makes everything all good?). Same thing, I think.

When Marcus and I got married last summer, my very talented Aunt Bonnie gave us the best, most meaningful gift. In lieu of a guest book, our guests left messages for us on quilting squares that Aunt Bonnie then quilted together for us. We can snuggle under everyone’s love and messages to us. And Paul’s message was so sweet, so spot on, it made me tear up. It is lovely advice: “Always have good neighbours”.

From the best neighbour, Diana

If you’d like a sugar rim on your glass, use the lemon wedge to moisten the rim. Pour the sugar in a shallow dish, then turn the glass upside down in the sugar and give it a couple of spins to coat.

Measure the pear vodka, limoncello, and orange juice in the glass over ice. Top the mixture with the 7-Up until the glass is full. Stir and enjoy!